The new iPad Air 2 is a beauty, isn't it? At 6.1 mm thick, it is nearly feather light. The new iPhone 6 is 6.9 mm. The Android competition is not far behind. The race to make ultra thin smartphones and tablets is on. Thin is in...but certainly not easy !

So, why can't we make batteries thinner? Three critical factors come into play.

1. Swelling: Yes, yes, lithium-ion batteries swell and grow. It's a complex chemical process within the battery that makes the battery grow thicker with usage and age. Take a look at the photograph below. It is of a battery from one of the top handset manufacturers -- we shall keep it nameless here. This particular battery has reached its cycle life and age limit, and as the photograph shows, it has swollen enormously. If you ever suspect that your battery is swelling inside your device, take it immediately to a disposal facility that can handle hazardous materials. 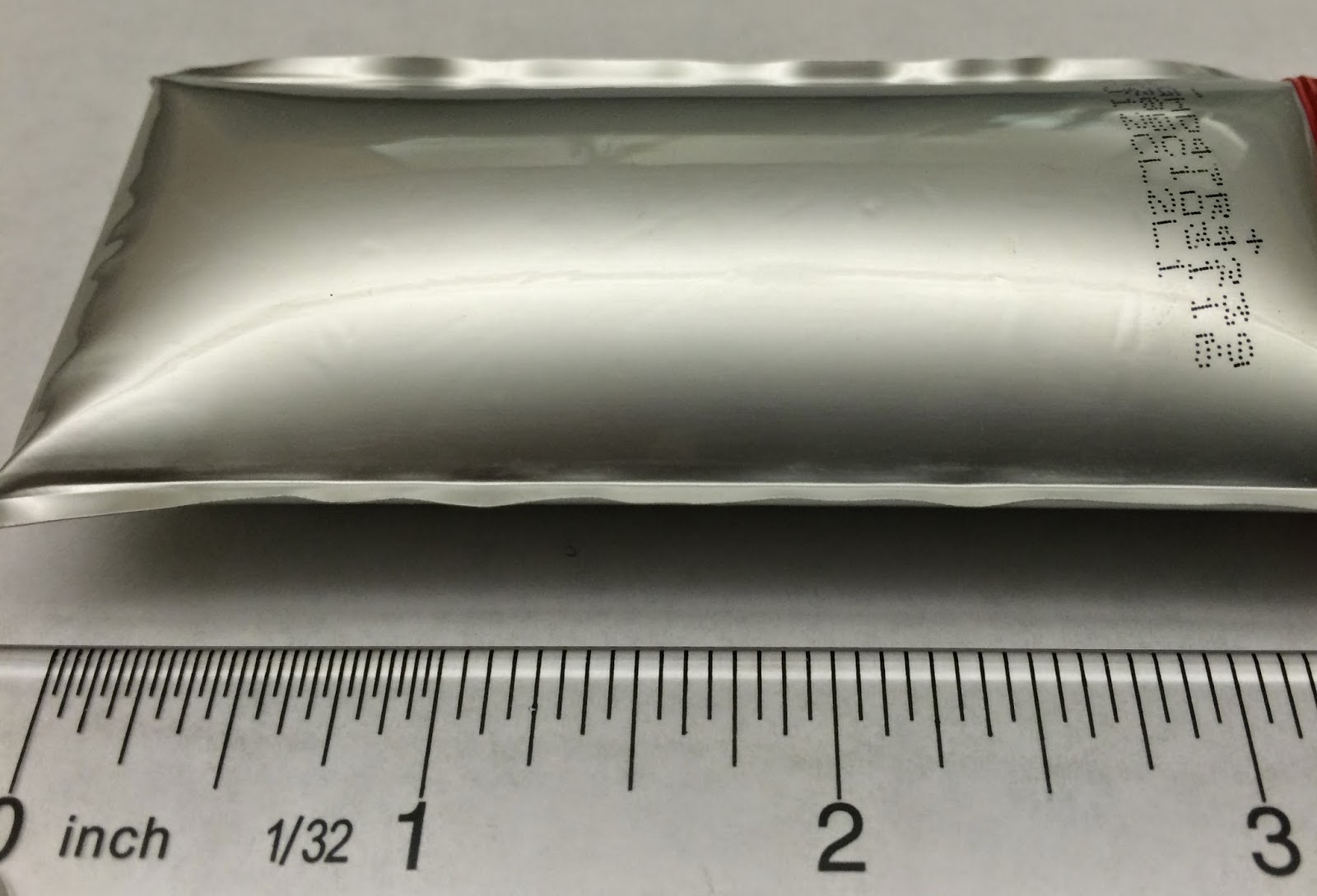 2. Safety, and more safety: The photograph above shows a lithium-ion polymer battery. A polymer battery typically encapsulates the active chemical materials in a thin plastic-like pouch. This pouch has very little mechanical rigidity and consequently, can be easily pierced with a sharp object. If you recall from an earlier post, piercing a battery can cause a fire. Therefore, a lithium-ion polymer battery has to sit in a protective case. Smartphones and tablets that use non-replaceable batteries use their own chassis as the protective case. In other words, the smartphone itself protects the battery from external damage. In devices where the battery can be replaced by the user, you will note that the battery is encapsulated in a rigid protective metal casing that adds further thickness to the battery. This is one of the reasons many handset makers have elected to embed the battery inside the mobile device and make it not possible to be replaced by the consumer.

3. This darn energy density again: As I mentioned in a previous post, a lithium-ion battery contains electrodes, electrolyte and several other components that don't directly contribute to storing energy. As the battery gets thinner, these additional components begin to act like "design overhead." Consequently, the energy density begins to substantially drop. In other words, a thin battery makes it awfully more difficult to maintain a large capacity.

There you have it...three forces that conspire to make the battery and the mobile device thicker than what handset designers would like to achieve. This is yet another example of how the battery industry has lagged in its specifications and innovation behind the fast-moving mobile industry...and further reason why the relationship between battery vendors and handset makers will only get more tense in the future.